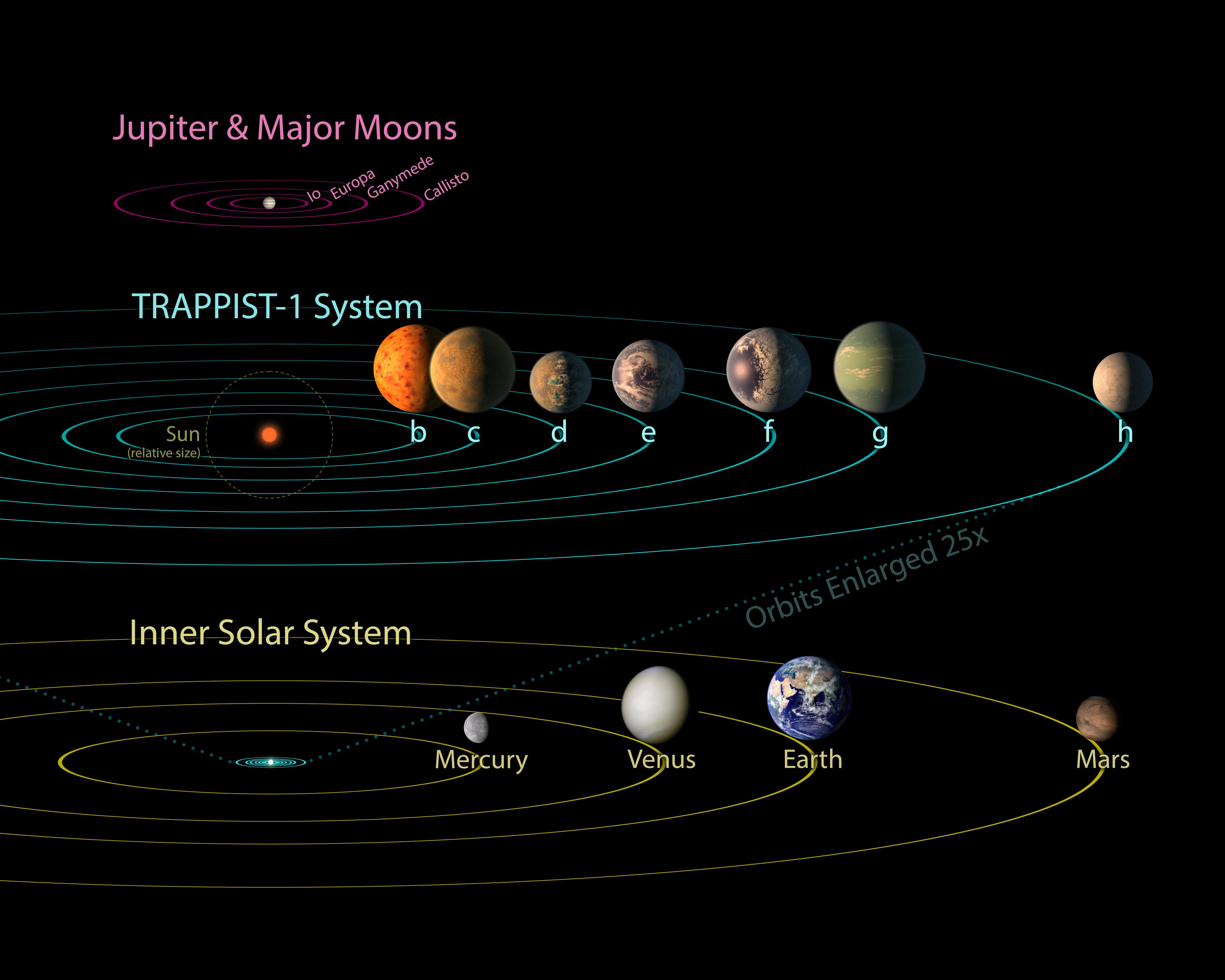 Scientists say that at least two planets in the Trappist-1 system are viable candidates to support life. They say these two space bodies resemble Earth and Mars from our solar system.

The TRAPPIST-1 System Reveals More of Its Secrets

This solar system was discovered last year and generated a lot of excitement due to being very similar to our own. Namely, it has a large number of terrestrial planets (seven) orbiting one star.

However, its layout is quite different: Trappist-1 is a very small star with the planets orbiting extremely close, having planets with orbits that are only a few days long. Nevertheless, many suspected that they were viable to human or extraterrestrial life.

This new information, published in Astronomy & Astrophysics, seems to confirm the possibility. Researchers believe that the planets in the Trappist-1 system range from 260 degrees Fahrenheit to -159 degrees Fahrenheit, with two having climates similar to Earth or Mars—hitting that rare “holy grail” of viability.

The key here is not only heat generated from Trappist-1 itself, but also the tidal heating. As PSI senior scientist, Amy Barr, explains that the two planets have unusually eccentric orbits (that is, more ovoid than circular). The pushing and pulling of the gravity can result in heating, such as occurs in some of the moons of Jupiter and Saturn.

This source of heat, as well as the fact that they are believed to have water, makes these two planets ideal candidates for supporting life. That being said, Barr admits that much about the worlds remains to be known, so their project involves a lot of guesswork and estimates at the moment.

That may change in the near future, however. NASA is at work on the James Webb Telescope, which will hopefully be able to see far into space and test this, among many other theories about exoplanets.