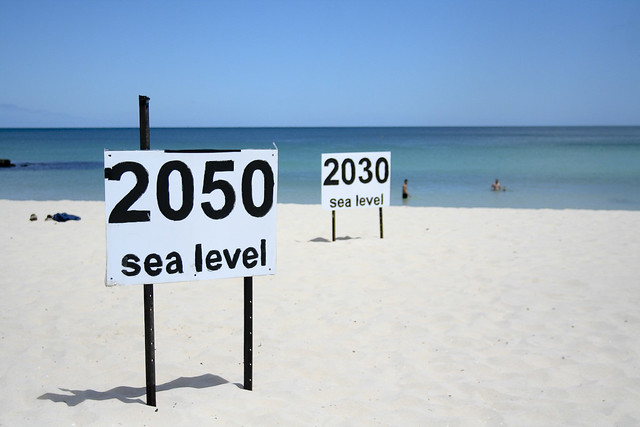 A team of Australian researchers found that the raw sea level data for three locations has been tampered with by scientists at one of the world’s climate data gatekeepers, the England-based Permanent Service for Mean Sea Level (PSMSL).

The raw data collected off the coasts of Aden, in Yemen, Karachi, in Pakistan, and Mumbai, in India, shows that sea levels have been steady or even followed a falling trend over the last 140 years.

But PSMSL data suggests that sea levels in those areas have suddenly risen over the same time period. In other words, the global groups’ alarmist scientists skewed the existing data to exaggerate the changes in sea levels.

Australian researchers Dr. Albert Parker and Dr. Clifford Ollier were the first to notice that something was wrong. They published their findings in the journal Earth Systems and Environment.

Sea Level Data Tampered with to Fit a Narrative

In an article titled ‘Is the Sea Level Stable at Aden, Yemen?, the two scientists expose PSMSL’s climate scientists dubious tactics. Their paper proves that raw data can be altered in order to look like there is a dramatic sea level rise, when sea levels had been steady or even fallen.

Climate alarmists took incomplete data sets and misaligned the rest of the data to give the impression that between 1880–1969, sea levels in Yemen had rise sharply. The same happened with adjusted data for Mumbai and Karachi.

PSMSL scientists seem to have arbitrarily cobbled the raw data sets together in a manner that would fit their climate change narrative, the Australian team found. In other words, data adjusters tweak the misaligned rates and boost the latest measurements to achieve a linearly rising trend.